In Times of Old the giant orc warchief, Dathgomar, was smote down by the armies of Man on the Southernmost Shore. As he collapsed into the surf, his outstretched hand grew into peninsula now known as Dathgomar's Claw.

The peninsula is bisected by a jagged mountain range known to the local orc tribes as Knuck'Lbones. South of these mountains lie a burning waste marked by the Fire Chasm. Far to the north, cannibal elves make their home in the Fangbark forest, where the trees themselves thirst for the blood of man and orc.

The Dungeon of Lost Coppers

In lieu of a new mini-map this Monday, I'm instead going to share my entry for +Dyson Logos's Dungeon of Lost Coppers contest. Check it out, yo! 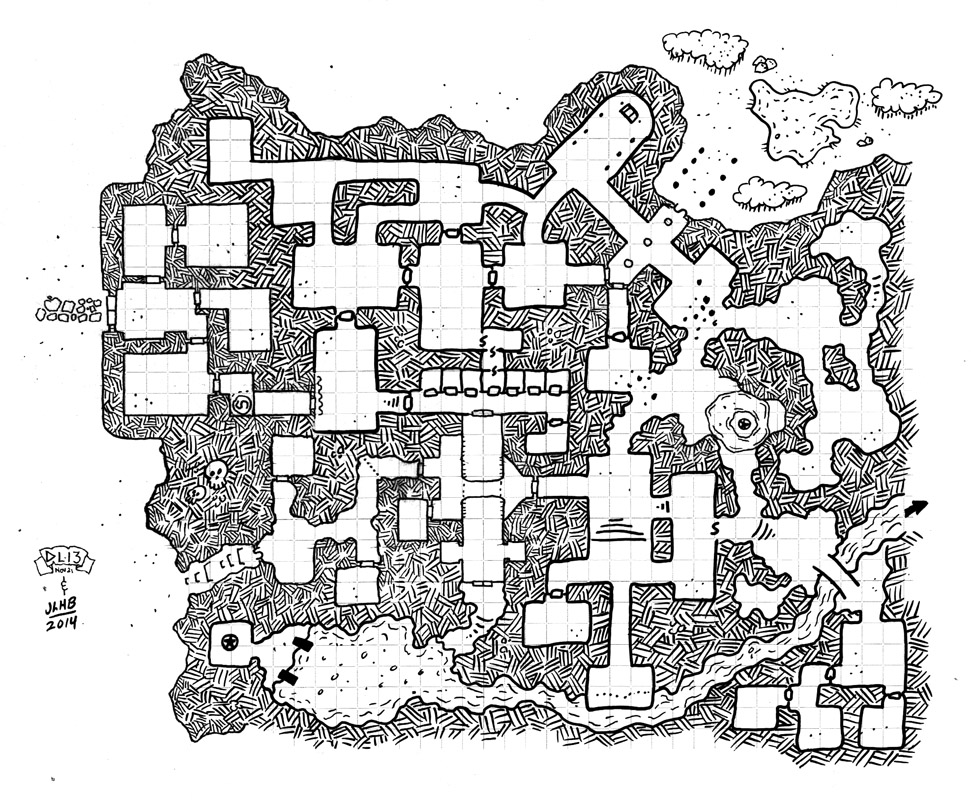 Posted by Josh Burnett at 4:54 PM No comments:

Way in the Deep Down Below... The Wyrd Water Lake brings hallucinatory revelations to those who eat the blind snails that crawl along its murky depths... Those who walk along the Verminous Spiral hear whispers of the ancient Savant Mutants... Mold-Children make their nest in the ruins of orcish breeding pods... Your elemental self wails and writhes at the bottom of the Pit of Seeming...

Deep in the Warlock's Woods, at the end of the ancient trail called Witching Way lie a trio of mounds. None know who made these mounds or why, but now they are home to various monsters, devils, and other unwholesome things. Strange menhirs in the center of the clearing bear the spiral runes of some alien tribe. Tread carefully!

Posted by Josh Burnett at 6:59 PM No comments: