Adar, a Map from the Past [Mini-Map Monday]

I didn't have time to make a new map this week, so I'm diggung through my collection of old AD&D 2nd Ed maps from the 90s. Collect 'em, trade 'em, use 'em!

This here is the land of Adar. AS you can see, it's actually a zoom-in on a section of this map. There's Palamadox up there again, right next to the amazonian compass rose. I don't remember a lot about Adar. Chances are it was a generic pseudo-England.

It's neat looking back at the names on some of these places. It shows the influences of different fantasy authors I was  reading at the time. Bay of Winds and Port Morisby were certainly inspired by Anne McCaffrey. Spindle Mountains and Tagledon Forest are Hobbit-era Tolkein. The faux-latin names like Melos and Grelpe show Fritz Leiber's influence.

Belzaron's Pit is neat. As I recall, Belzaron was the chief god of evil and corruption in my old campaign. 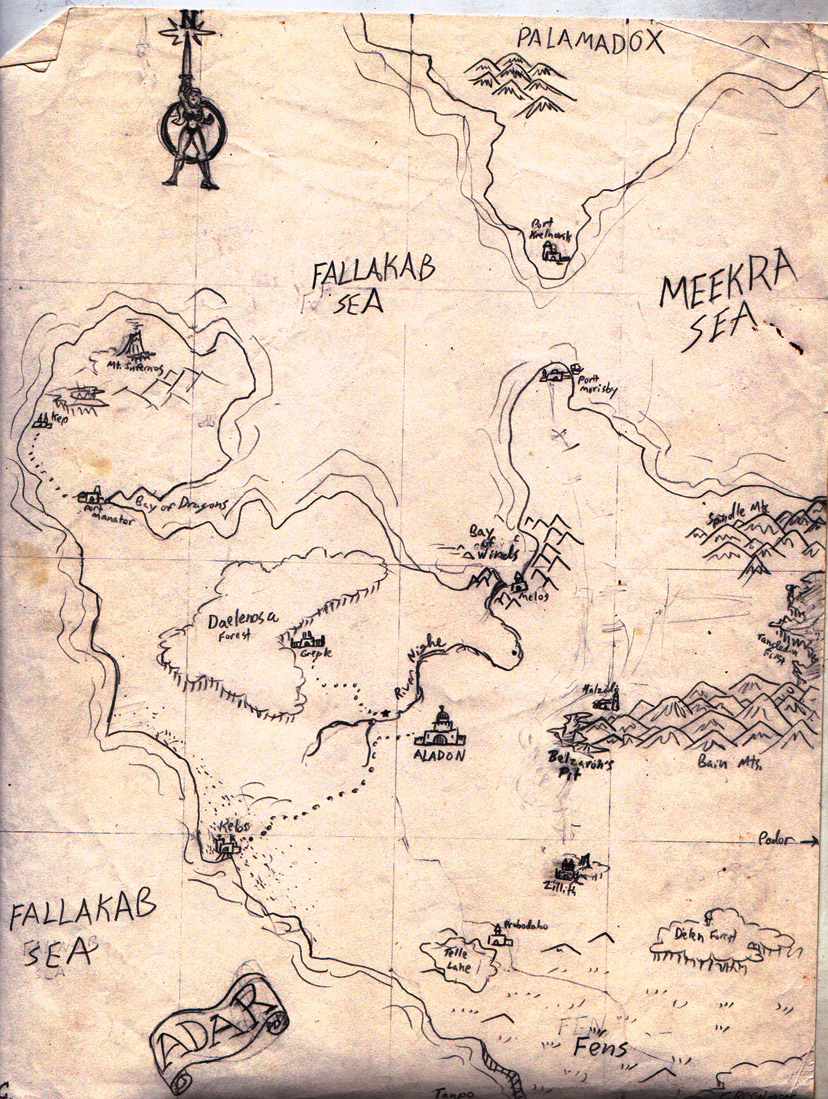 Posted by Josh Burnett at 4:02 PM No comments:

It's not a pleasant place. Honestly, I'd just avoid it if I were you.

A Blast From My Past [Mini-Map Monday]

I've got something a little different this week. While looking through some old, old folders (trying find fodder to use with a DCC game) I cam across some old game world maps. I thought I'd share.
If memory serves, this map was one of the last ones I made for AD&D Second Edition, back in the mid-late 90s when I was 20-something. I think the world was named "Questor."

Let's see what I can remember about some of these places.

Man, I'd like to think I've gotten better at world creation since then. That Palamadox showed promise, though.

Posted by Josh Burnett at 5:39 PM No comments: