After the D&D 5th Ed Basic Rules came out, I posted a thing describing how to use Backgrounds to make classless 0-level characters. It was pretty well received, which gave me a happy little glow.

Now that I have the Player's Handbook, I have access to all Backgrounds that didn't appear in the Basic Rules. I have just updated that original post to included stuff for the new Backgrounds.

It also occurred to me that some of the 0-level weapon tables gave PCs armor or shields, but since classless 0-levels have no armor proficiencies (unless you're a Mountain Dwarf), they are going to have Disadvantage on a ton of rolls if they use that armor. I considered getting rid of the armor on the lists, but I decided that the image of a untrained pseudo-hero staggering around in padded armor was kind of charming, so I kept it. It will be up to the individual player if the armor's protection outweighs the potential handicap.

Anyway, the original post is updated, and you can READ IT HERE.
Posted by Josh Burnett at 1:48 AM 3 comments:

Another quick freehand map. Illo pens on board. 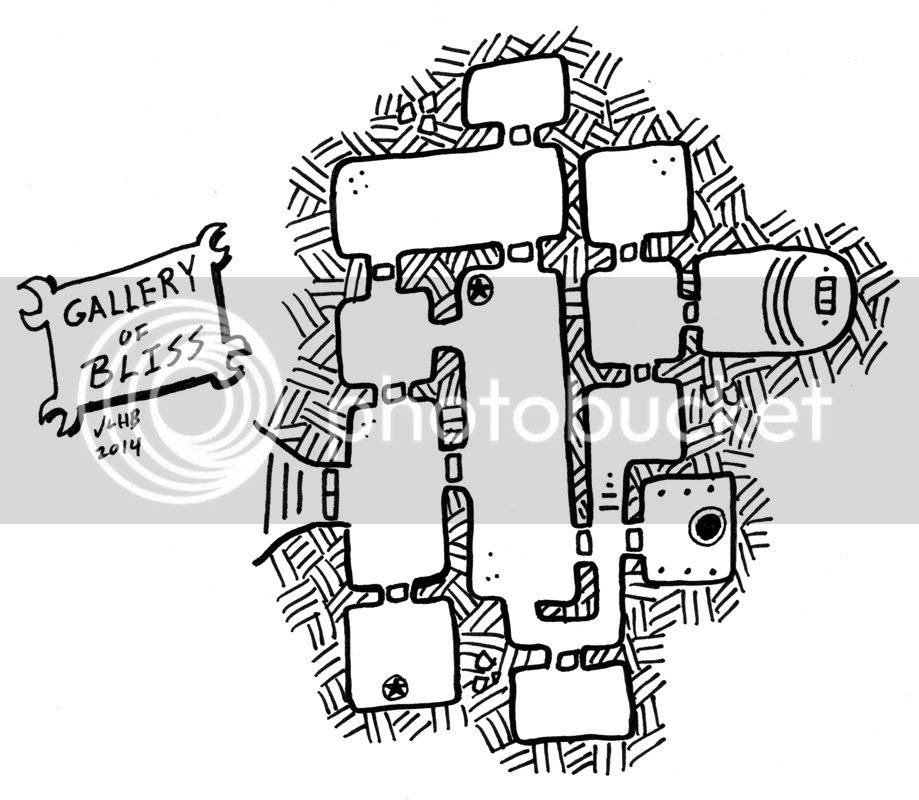 Posted by Josh Burnett at 1:31 PM No comments: