I’m excited to announce that I am running the first playtest of Gorgon Crawl Classics at Spawn of Cyclops Con on February 26, 2021. Registration starts soon. It should be fun!

There are no elves, dwarves, or halflings in Gorgon Crawl Classics, but I still want to include non-human classes. Demihumans are fun! I have working drafts for Nymphs, Satyrs, and Minotaurs. Let’s look at those mighty bull-men first! 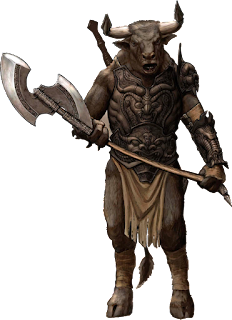 Bull Roar: Once per day, as an action, the Minotaur can unleash a terrifying bestial roar. All mortal foes within 30’ must make a Willpower save or lose their next action due to fear and primal terror. To determine the DC of this save, the roaring Minotaur rolls their Deed Die and adds the result to 10+PER modifier.

Horns: The minotaur’s head is crowned with a pair of sharp horns. It can use these horns to make melee attacks in lieu of manufactured weapons. The horns damage starts at 1d4 and increases as the minotaur gains levels.

Large and Overcharged: Armor (except shields) must be custom-made. 5x normal cost outside of Minotaur lands.

Continuing with my Mythic Greece ideas for Gorgon Crawl Classics, this here is the working text for the Olympian. The Olympian is the toga-clad strong man who fights only with his fists or the occasional tree trunk. He's inspired by Steve Reeves or Alan Steel's Hercules, Machiste, or any other beefy hero guy from peplum films. This has not yet been play-tested, but I will hopefully be running some GCC games online soon.

I'm not married to the the name "Olympian." I might change it to Champion or something later on.

I feel like I've seen a reskin of the D&D monk class called the Olympian somewhere online many years back. I wish I could remember where.

Some of these ideas also overlap with my Punchfighter B/Xclass. 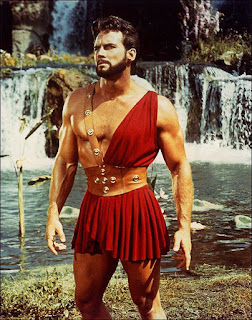 Posted by Josh Burnett at 4:33 PM No comments: