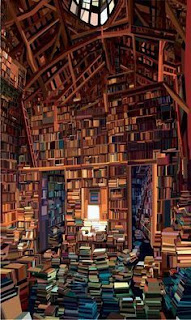 Lord Wyrd’s library is massive and sprawling. It is also messy and disorganized with no categorization system that anyone can determine. His family’s collection of ancient tomes and treatises is unmatched outside of academic circles. The library contains information on a wide variety of subjects, but most of the collection deals with the Wyrdwood and its environs, inhabitants, and history. There are no magical tomes or spellbooks to be found here.

Lord Wyrd deeply values his ancestral library and does not allow just anyone access to it. PCs will either need to sneak in or gain the trust and confidence of Lord Wyrd or his daughter.

Research Rolls
If you have access to Lord Wyrd’s library, ask a single question about the Wyrdwood and spend 1d8+8 hours in research. Roll 2d6+INT.

If you want to help someone in their research, spend the same amount of time with them, and roll 2d6+INT

I've got a new campaign idea in my head, because clearly I don't have enough projects to keep me busy. I'm not sure what I'm going to do with it right yet. Once the plague leaves our far lands, I'm probably going to propose it as the next campaign for my home group. Or, if I ever get room for another online game I might run it as like a virtual open-table.

It's a spooky (but not horror) rustic hex-crawl setting centered around a haunted forest and anchored by a little village full of eccentric NPCs. I'm going for a kind of dream-like weirdness more than horror. it's a gothic fairytale vibe without going into full-blown Burton territory, like a Roger Corman meets Guillermo del Toro thing. System-wise I think Beyond the Wall and Other Adventures is the best fit.

Here are my vague and poorly organized concept notes... 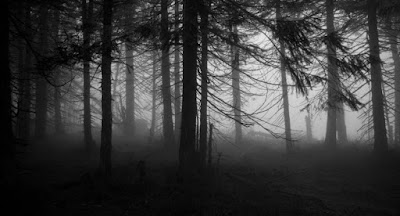 Keys: Dreamlike, folktales, decay, mystery
Musical Influences: Purson, Blood Ceremony, Devil’s Blood
Specifically not a horror setting, despite some of the folk horror trappings.
A small village spread around an ancient manor house occupied by the mysterious Lord Wyrd and his household.
Lord Wyrd is mysterious with vaguely-defined supernatural influence on the area. Of an alien mood, but surprisingly benign. His family has been here as long as the village has, with no records showing their origin. Lord Wyrd has been the master of the Manor as long as anyone can remember.
The Wyrdwood is a primeval, spooky fairytale forest full of strange ruins, monsters, and secrets. The village has only one path in--the old covered bridge.
People (PCs and other weirdos) just “show up” in Wyrdwood village, coming across the bridge. Sometimes by accident, sometimes on purpose, sometimes by invitation from Lord Wyrd. Designed to facilitate bringing new characters/players into the campaign.
Visitors are welcome, and Lord Wyrd is quite happy to provide rooms for guests within the Manor, as long as they behave themselves.
Every week, a masked man driving a wagon comes into town to resupply the merchants and take their money to deposit “back in the city.” This "city" is never discussed in detail. Anyone who attempts to follow the wagon driver when he leaves the village never returns to Wyrdwood. None of this strikes the villagers as unusual. Wyrdwood Manor 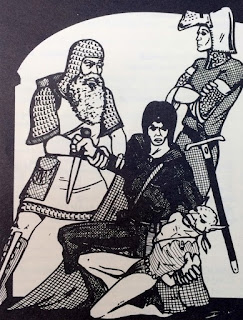 Remember Black Dougal from the Moldvay Basic set? Of course you do! Did you know that after he died, he opened up a poison shoppe called "Gasp, Poison!" in the Underwolrd? It's true!

Here's a thing I put together for my now-ended LotFP game. I never got a chance to use it. It's been on my Patreon since July, but now I'm sharing it with the wider world. The prices below assume a silver standard. Yes, they are expensive, perhaps more than they should be. Adjust according to your game's economy and how much poison usage you want.

Gasp, Poison!
Black Dougal was a thief and dungeon adventurer, way back in Times of Old. He was famously unlucky. A poison needle put an end to his adventuring career, as well as his life, but that didn’t stop his entrepreneurial spirit!

Black Dugal is now undead and operates a profitable poison shoppe down in the Ghoul Market. Gasp, Poison! stocks exotic toxins from across the Nameless World, catering to a discerning clientele.

Popular poisons are listed below. Prices are per dose, with a silver standard.

Posted by Josh Burnett at 4:57 PM No comments: