Why I'm in Love with Dungeon Crawl Classics (a pseudo-review)

Dungeon Crawl Classics has been on my radar for some time now (mostly because my friend BradMcDevitt does a lot of art for it) but it's only recently that I actually gave it a fair look. I remember looking through the beta test document and being totally turned off by the extra-funny funny dice (d5, d24, etc) and the seemingly needless complications brought by the gigantic spell effect charts attached to each individual spell. It all seemed needlessly complex and weird for the sake of being weird, so I avoided the game and stuck with Labyrinth Lord.


Some time passed, and DCC continued to pop up in the blogs I read and in Google+ discussions. The things people were doing with DCC sounded wonderfully strange and interesting—plane-hopping, alien frog gods, mutant sorcerers, cybernetic satyrs, all sorts of crazy-awesome stuff. Still, the book (even the PDF) were too expensive for me to casually pick up--not when I already had five or six perfectly serviceable OSR games in my collection.

Then the price of the DCC PDF dropped to $5 for DriveThruRPG's GMs' Day Sale. I really couldn't pass that up. I dropped a five-spot, uploaded the thing to my fancy new Kindle, and read the thing. Then a week later I went and bought the hardcover.

This isn't a review of DCC; there are plenty of those out there. Let me just tell you what sold me on the game.

The book is beautiful. Goodman didn't skimp on art. The book is chock full of illustrations by a number of artists, including classic D&D artists Jim Holloway and Erol Otus. I especially love Petter Mullen's full-color two-page underdark illustration in the back cover of the book. 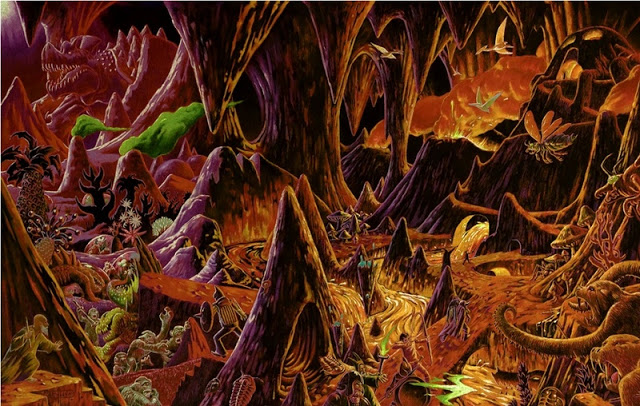 Joe Goodman's writing is a delight to read. He is so very obviously excited about his game, and he badly wants to share it with you. Every paragraph could easily start with the phrase “Oh man! And then you get to...” It's infectious and charming.

The Funnel looks damned fun. I've always had a soft spot for 0-level characters. I like the story of peasant nobodies working their way up to heroes. I also love the merry slaughterfest of dozens of nameless plebes. The Funnel gives you both.

Mighty Deeds of Arms make warriors bad-ass and non-boring. In my experience with most (certainly not all) D&D-type games, playing a fighter usually degrades into “I roll to hit. Now I roll for damage” with little embellishment. Just a series of blows after blows. With Deeds, a warrior can (try to) do something amazing and cool with every single attack. Sundering weapons, shattering armor, knocking a defender prone, carving a Z on a guard's chest—all that is covered by Mighty Deeds of Arms. I love this. It makes every attack interesting. In a game that lacks a lot of customization options, developing Signature Deeds seems like a great way to make every fighter distinctive.

Magic is dangerous and weird and awesome. Wizards don't casually cast spells. Wizards channel the barely-controlled forces of primal chaos through their fragile bodies and souls. Spells are unpredictable and dangerous, but powerful. The risk of corruption and mutation is ever-present. It takes guts to play a wizard. When I (hopefully) run DCC, whoever plays a wizard is gonna get a high-five from me.

The system is familiar but different. Despite the vast number of random charts, DCC is relatively math-free and looks like it would run pretty smooth, especially for those of us who don't like a lot of fiddly rules. It's technically based on D&D 3.x, but it's heavily tweaked. When I eventually pitch DCC to my home group, I'm going to need to tell explain to them that while it's based on D&D, it plays different, especially in chargen. A 3rd-edition D&D character is a machine that you build, choosing bits and bobs to add and make it work better. A DCC character is a flower you grow, starting with a small seed and then nurturing it guiding it in play into something greater. Which leads me to...

Quest for everything! Hey player, do you wish your character could do something that it can't right now? Go quest for that thing! Sure, you're a cheesemaker-turned-cleric, but you really want to learn acrobatics. Well lucky for you, there's a circus is town. I bet they could teach you some tricks over the next few months. I'm sure those vaguely-sinister clowns won't cause any trouble. Wish your human could see in the dark? I bet there's a demon somewhere that would give you elf-eyes in exchange for just one small favor. Want to be as strong as Hercules? Why not go find Hercules and ask him for tips personally? 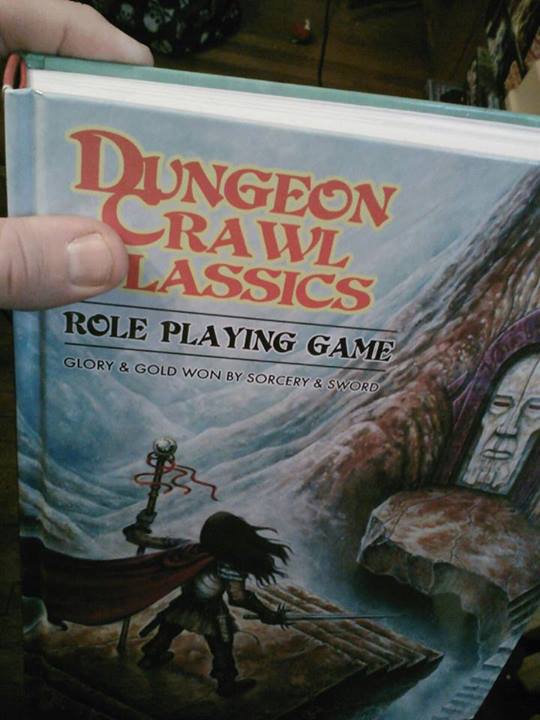 There's so much more that I love about DCC, but these are the things that stand out. Other than a single session on Google+ a year or so ago (well before I owned the book, and I didn't really understand what the heck was going on), I haven't had a chance to play DCC, much less run it. After I wrap my Dresden Files FATE game, I am probably going to pitch this to my home group. I hope I can convince the 3.x/Pathfinder veterans to give it a try.