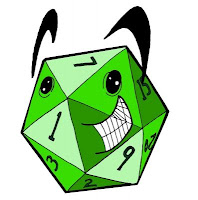 Games registration for Gencon starts today in just a couple of hours. The Hex Games crew will be running several events this year, and I will be running four QAGS games myself.  Our games havea good history of selling out, so jump on them while you can!

You can see a list of all of the Hex Games events HERE. (You will need to log into the Gencon site.)

Meanwhile, here's a run-down of the games I am running...

UPDATE: Sweet cimmeny Crom! Within three hours of registration opening, two of my games had sold out, and the other two each had one seat left open. As of right now (seven hours after registration), only Death on a Dangerous Planet has an open seat left. This is supremely flattering.

Overall, 12 out of 20 QAGS games have already sold out. Our remaining eight games have only 21 seats left between them. Man, sign up while you can! Exciting!

Hobomancer: The Blight from Beyond (Thursday 7pm)

It’s the height of the Great Depression, and those all-American shamans known as Hobomancers ride the rails defending the soul of this great nation from all manner of supernatural evil. Something uncanny is mutilating cattle out in Big Sky Country, and now it hungers for human prey. It’s up to you to stop this unknown terror before the land is torn asunder!


Cavemen & Cro-Mags (Friday 10am)
It’s a million years in the past. Mighty reptiles prowl the volcanic jungles of a primitive Earth while fur-clad humans lurk in caves and commune with tribal spirits. A rival tribe has stolen your people’s totem, bringing doom upon your kin. You and your hunting partners must travel to the Valley of Ash and retrieve the sacred object. It’s anachronistic stone age adventure in a time that never was!


Death on a Dangerous Planet (Friday 3pm)
t’s the height of the Cold War, and a strange new planet has been discovered orbiting an exotic star. Planetary Expedition Alpha has disappeared, and it’s your mission to find them. But beware, the Soviets have sent their own teams to this dangerous, psychotropic world. You must overcome enemies both familiar and alien and secure this new world for America.


War Apes of Gorgamoth! (Saturday 12pm)
A savage time in an untamed land calls for heroes of blood and steel! Your band of bold adventurers has been captured by the dreaded War Apes of Gorgamoth. You are doomed to a short life of brutal toil in the Bloodmines unless you find the courage and strength to overthrow your inhuman oppressors. Pulp sword & sorcery action awaits!
Posted by Josh Burnett at 7:10 AM