I’m very excited that I get to start running my new LotFP campaign this weekend. I’ve wanted to run some faux-historical dark fantasy stuff for a while, and I finally convinced my home group to give it a go. My kid (a big fan of Dark Souls and Darkest Dungeon) was very eager to play, and was helpful in getting my other players on board.

Session 0 is this weekend, which will mostly focus on character creation, rules explanations, and setting introduction. I don’t expect any of that to take too long, so we should be able to roll right into the starting adventure in the same session (the PCs will need to escape from a small, 5-room dungeon).

The following is the campaign introduction I shared to my group’s Facebook group. I wanted to make sure my players had a solid idea of what I was shooting for in the campaign. I thought I’d share it here. 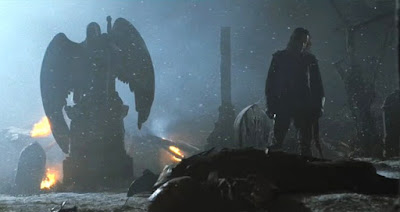 Lamentations of the Flame Princess: Ashes of Angels

Campaign Concept: The Holy Roman Empire, Brandenburg, Berlin, 1630. Central Europe has been embroiled in war for 12 years with no end in sight. The conflict that will one day be known as the Thirty Years War started as a clash between Protestants and Catholics and has escalated into a land war between numerous family dynasties wrestling for control of Europe. Unceasing war has led to famine, which has led to disease, which has led to the resurgence of witch hunts. Entire towns have been wiped off the map, and cities lie half-empty. To the average peasant, it very much seems like the world is ending. Maybe it is. Certainly, there are unnatural things crawling through the night and haunting the hidden places of the world.

Player Characters: You are outcasts and refugees from “normal” society. Maybe you’re a last survivor of a ruined village. Maybe you’re a criminal or deserter. Maybe you’re an actual witch. Maybe God talks to you in dreams. Maybe you’re just a woman with strong opinions. Maybe you’re not actually a human. Now you’re trying to survive and make your fortune by any means necessary. The War has uncovered many lost treasures but has also reawakened pagan things that guard them. It’s dirty work for dirty people like you.

System: Lamentations of the Flame Princess by James Raggi. It’s a streamlined and compact version of old-style (B/X) Dungeon & Dragons designed for weird fantasy and survival horror campaigns. Encumbrance and resource management will be important. Combat is dangerous, and healing is slow. Black powder weapons are common, and heavy armor isn’t. I’ve added a number of house-rules and hacks to help fit the system to this specific setting, including reskinning the classical fantasy races to more appropriate options.

Campaign Structure: The campaign will be fairly open and sand-boxy. The PCs start as prisoners thrown together, but after that you will have all of Europe (indeed, the world) to play in. You might choose to become grave robbers, bounty hunters, pirates, or anything else. There will be plenty of adventure and story hooks to latch onto or avoid as you see fit. Treasure = XP in this system, so you’ll always want to keep a lookout for the next big score.