Catacombs of the Cackling Cleric

Tobarius Snerk was a high priest of the Iron King who went mad after an unpleasant adventure on the plane of Pandemonium. His mind cracked and he turned his devotion to Ixxaxxariax, the lord of MADNESS and FIRE!

Snerk had many followers. Those who refused to covert to his new faith were put to the sword. Those who did convert willingly sacrificed themselves into a life of undeath. Snerk, now known as the Cackling Cleric, placed them all in the catacombs beneath the burning ruins of his desecrated basilica before entombing himself and embracing twisted un-life. 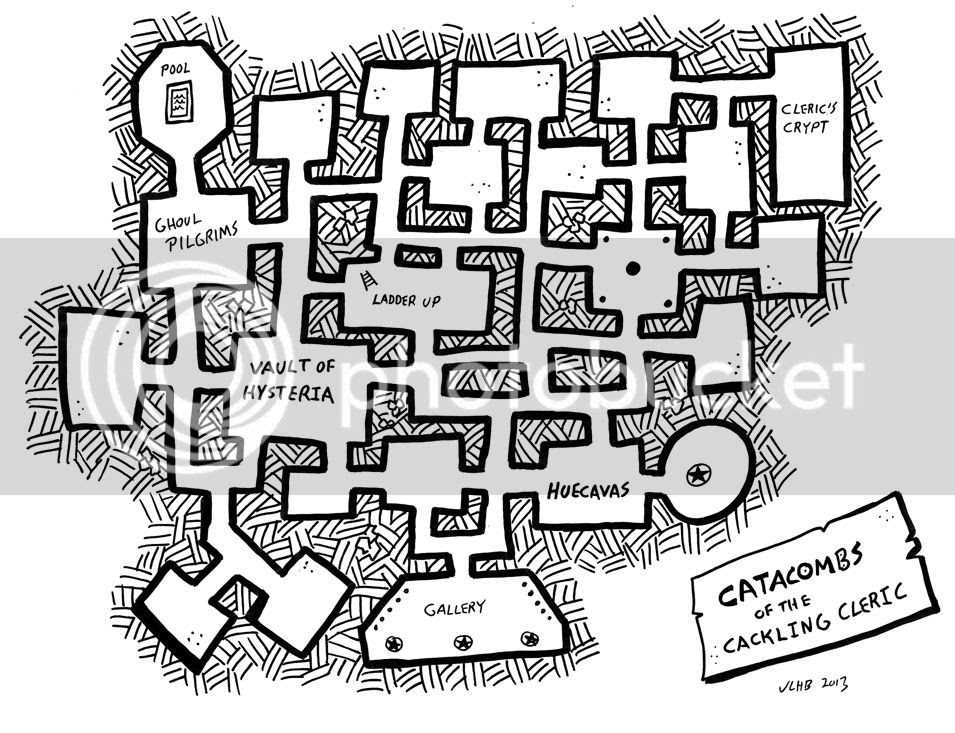