In setting up my Beyond the Wall campaign for my home group, I've let my preparations for my G+ Labyrinth Lord game slide. Well enough of that. Let's hash out some house rules and fluff for clerics (and druids, if you must).

Clerics conform almost exactly to the rules of Labyrinth Lord. They use a D6 as their Hit Dice and start casting spells at first level.

Clerics get bonus spells for high Wisdom, as explained in the Advanced Edition Companion.

Clerics cannot be Neutral in alignment. They must either cast their lot with Law or Chaos. A theoretically neutral god would not be interested enough in humanity to grant spells or powers.

On the other hand, druids, who worship the impersonal powers of nature, must be neutral.

The Powers of Law
The humans of the Brazen Empire worship two gods of Law, Bramah and Unaste, the Divine Couple. Lawful clerics must choose which god they serve. 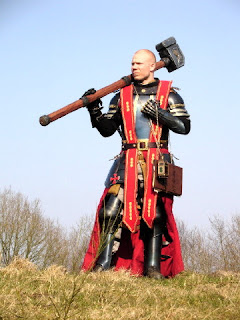 Not every priest is a cleric. In fact, most of Bramah and Unastre’s clergy is composed of non-spell-casting lay-leaders (usually fighters or 0-level humans). Clerics are the special chosen of the gods, tasked with defending the faith and bringing the might of the gods to the unholy.

After disappearing for 300 years, the island of Abaddon seems to have largely forgotten the gods of Law. It's time to fix that, padre.

Bramah
God of Heroes, the Sun, Smiths, Civilization
Symbol: Golden bull
Bramah is the deified hero who defeated the Witchlords of Ur and founded the Brazen Empire. He forged the sun and set it in the sky and built the first cities.

Unastre
Goddess of Magic, the Moon, Sex, and Death
Symbol: Six-armed woman
Unastre was a powerful demoness who forsook her hell-borne nature and took up the cause of Law. She raised Bramah from the dead when he was killed by Santanis.


The Powers of Chaos
Law is vastly outnumbered by the forces of Chaos. Thankfully, these evil powers fight against each other as much as clash against Bramah and Unastre. 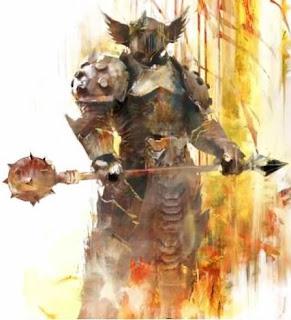 Symbol: Goat skull
Santanis was Bramah’s best friend and battle-partner. He betrayed and murdered Bramah, then devoured the essence of the Dead God Ahrizoth, becoming a god himself. Santinis is the only god of Chaos who is not an unknowable alien monstrosity.

The Dead GodsThe Dead Gods are the insane, alien god of the Anuunaki, brought down from the Outer Dark. The violent and brutish clans of beastmen (goblins, orcs, ogres, etc) worship them, as do the most depraved and insane of human cultists. The exact number and names of the Dead Gods remain unknown, but they are said to include:


Druids in Wyrld
Druids must be neutral humans. They do not worship gods, but revere the impersonal powers of nature (thunder, fire, wind, etc) and various totem spirits (bear, wolf, raven, etc.) The woodsmen tribes on the frontier are much more likely to have druids among them than clerics.

Druids in Wyrld conform to most of the rules found in the Advanced Edition Companion. They use a d6 for their Hit Dice and get bonus spells for high Wisdom.

Druids get a +2 to their Bushcraft skill. 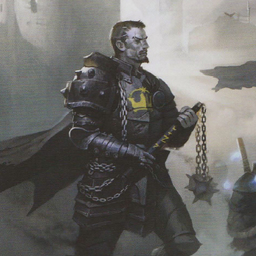 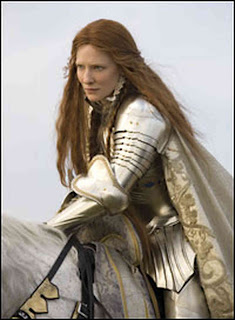 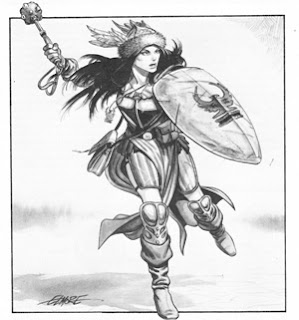 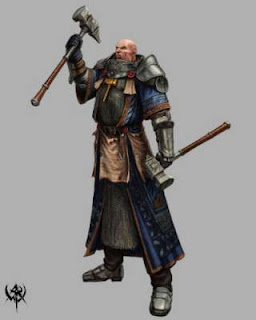 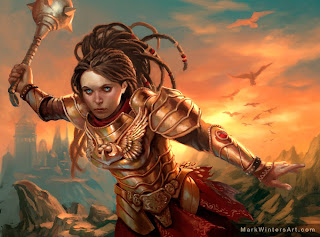 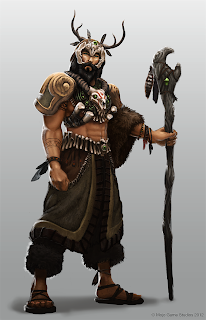 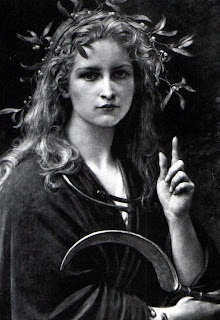 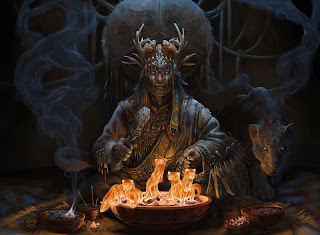 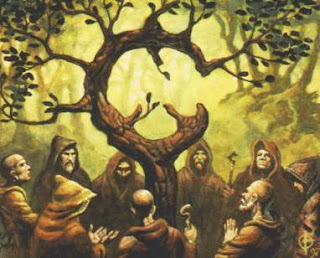