I've had a really busy and tiring couple of weeks with my day job, so I've kind of let the maps slack. I'm going to make that up to you this week with two maps, as well some actual background details on their contents.

I recently dove into Monte Cook's Numenera. I needed an interesting starting area, so I started to develop a small section of Matheunis the Cold Desert, out in the Beyond. 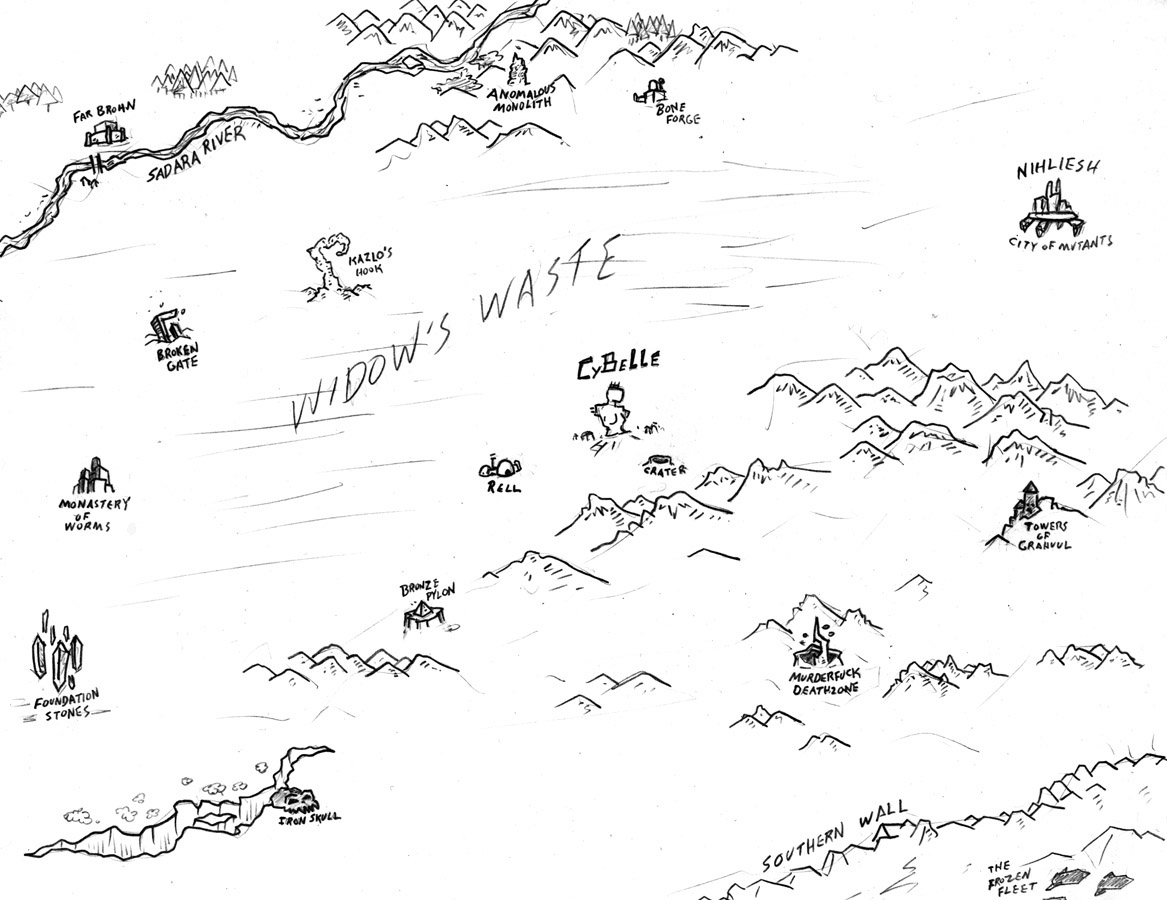 Far Brohn - A trade city on the edge of the Beyond.
The Anomalous Monolith - No one comes away from this unchanged. (Based on a certain James Raggi adventure.)
The Bone Forge - Where necro-crofters repurpose life with machines of flesh and steel.
Cybelle - A city built in the shell of an ancient automaton.
Nihliesh - City of mutants!
The Broken Gate - A huge non-euclidean structure, shattered for ages.
Kazlo's Hook - An interesting geological formation.
Monastery of Worms - Where strange pilgrims revere stranger things.
Rell - A pleasant village known for expert animal husbandry.
The Crater - Home to the Red Eyes bandits and a mysterious door.
Towers of Grahuul - Citadel of a massive Margr warchief.
Bronze Pylon - Wherein Tycho the Nano wishes to be interned.
Foundation Stones - Seven gigantic floating crystals.
Iron Skull - The massive, city-sized skull of some great machine-beast.
Murderfuck Deathzone - A deadly numenera site from which no one has ever returned. I wouldn't go there if I were you.
The Frozen Fleet - Ancient ships of metal, whose shadows are visible deep under the ice. 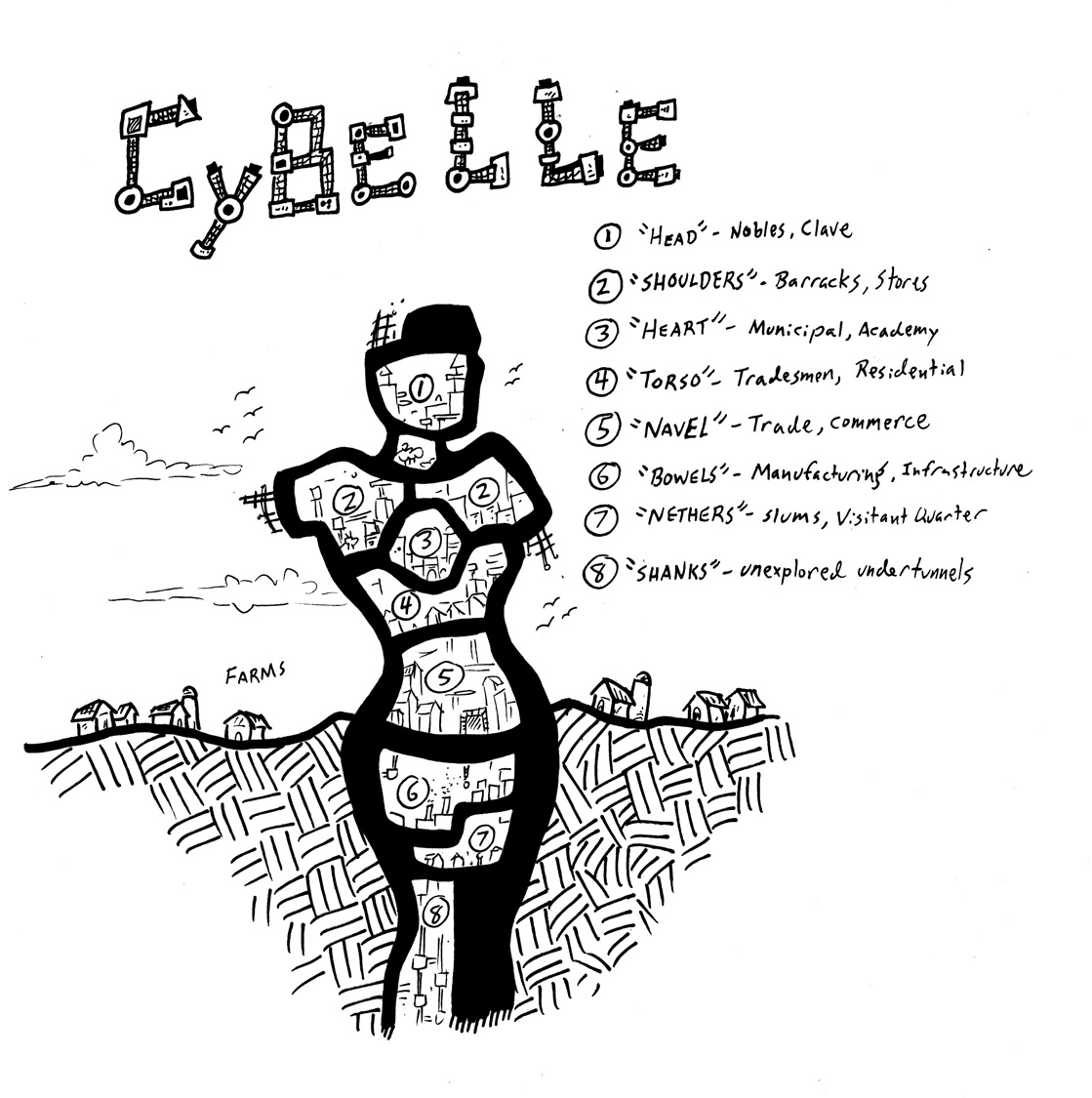 Cybelle is a city of 10,000. It is built in the shell of an ancient automaton. This automaton is hundreds of feet tall and bears the form a human woman. Cybelle's arms are missing, as is the top of her head. The city is buried waist-deep in the sterile dirt of the Cold Desert. The lower extremities of the automaton have never been explored. Great machines within Cybelle produce purple nutrient gel that is pumped out of the city and into the surrounding land to support the city's outlying farms.

The city of Cybelle is divided into several districts that correspond to specific area's of the automaton's anatomy. The districts and some of their more interesting locales and inhabitants are listed below.

Lamp of Insight Academy
Private school for the privileged.

Infinite Theater
Numeneric amphitheater for drama and athletics and combat

The Drum and Anvil
Sleazy brothel