I find the lack of four-armed apes in the Monster Manual disturbing, so I took matters into my own hands. Using the rules in the Dungeon Master's Guide to figure out the Challenge level of this guy wound up being a lot easier in practice than I thought it would be. 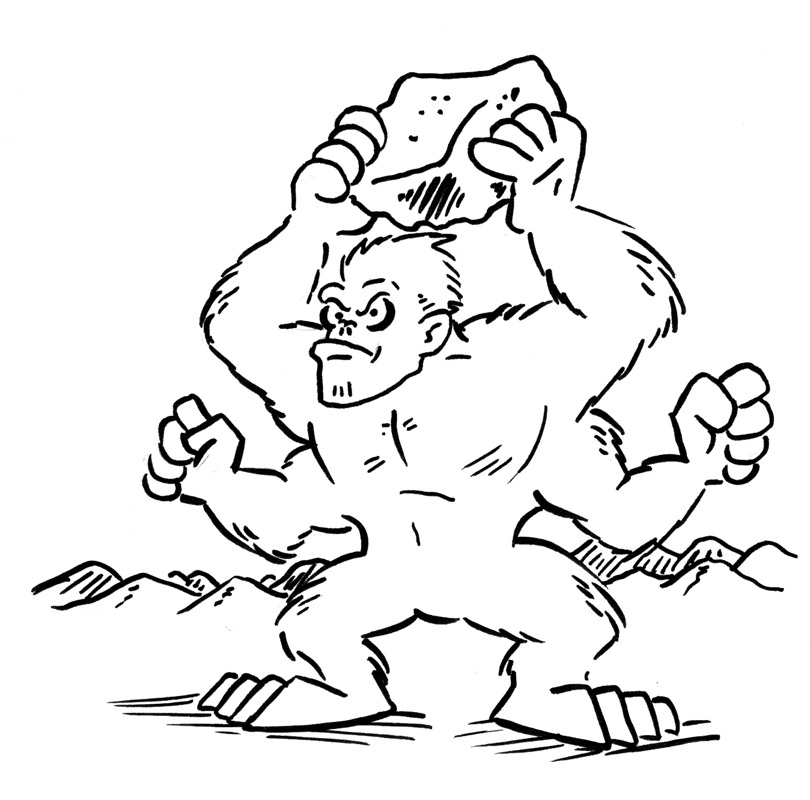 Grab: A target hit by two fist attacks in one turn is grappled and must make a STR saving throw (DC: 14) or also become restrained. A grabbed character can use their action each round to make another STR save (DC: 14) to break free. While grabbing a target, the girallon loses two of its fist attacks.