Satan loves himself some wizards! Magic Users already walk the crooked line of Chaos as they attune their minds to alien magics, but not enough of them are properly evil. The Devil wants to change that, of course. Old Scratch will gladly grant gifts of power to any wizard who signs their name in his black book and pledges their soul to the Prince of Hell.

These benefits are for Magic Users only. Sorry, elves, you don’t have souls, and Satan isn’t interested.

These rules were written with Lamentations of the Flame Princess in mind, but should adapt to other old-style games with a little tweaking. 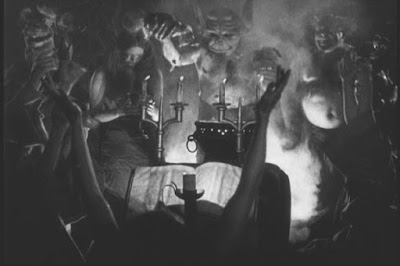 My magic user just made a deal with Satan! Now what?

Well, the bad news is you can no longer cast spells on holy ground, and you are burned by holy water (1d6 damage per vial). You cannot benefit from spells cast by lawful characters. Also, you now have some sort of easily-hidden witch-mark on your body, like a moon-shaped birthmark or an extra set of nipples.

Whenever you have enough XP to level up, you must sacrifice an number of non-chaotic humans with Hit Dice or levels equal to your new level (0-level humans count as 1 HD for this) before you can gain the benefits of your next level. This sacrifice must be done in a properly spooky folk-horror or black-metal fashion--stone altar in an ancient groove, black mass, blood orgy, wicker man, whatever. The GM has final call on whether or not it’s wicked enough.  This sacrifice will be attended by a demonic representative of Lucifer with HD equal to your new level (which means, like, Orcus himself shows up to your party at level 20).

Now here’s what you get for all your trouble. When you level up, that demonic servitor will put a nice new spell of the highest level you can now cast into your spellbook. The spell is randomly determined by the GM, but you learn it instantly, without having to spend any time or money researching or transcribing it. This is in addition to any other spells you may or may not normally gain by leveling up as a Magic User.

If you convince another Magic User to join the ranks of Satan, you gain XP equal to twice the amount you would have earned for killing them.

Also, when you level up, roll 1d20 on the Satanic Gifts table. Entries marked with an asterisk can be gained more than once, with cumulative benefits. Otherwise, a duplicate roll gets you nothing this level (and Satan laughs!). 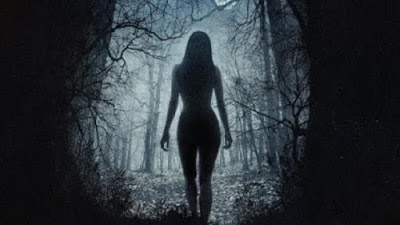 Satanic Gifts
1) Secrets Stolen from Heaven*: You add one cleric spell to your spellbook, chosen at random, of the highest level you can cast (maximum spell level: 7). You can memorize and cast this spell as a normal Magic User spell. You can scribe scrolls of this spell, usable by MUs and Elves but not clerics. Other magic users cannot copy the spell into their books, however, unless they also have this gift.

4) Skyclad: When you are naked (jewelry and hats are acceptable) your AC is increased by your CHA bonus +1 (minimum 1).

5) Black Kisses*: Once per day, your kiss can cause narcotic sleep for 1d6 hours unless your victim makes a save vs. poison Additional instances of this gift increase the number of times per day you may use this poison kiss.

6) Luciferian Prodigy: The time required for you to learn or transcribe spells is cut in half.

7) Toil and Trouble: The time it takes you to craft potions is cut in half.

8) Demonic Scribe: The time it takes you to create spell scrolls is cut in half.

9) Malefactor: The time it takes you to craft wands and staves is reduced by 25%

10) Typhoid Mary: You are immune to mundane diseases, although you can still act as an infection vector.

11) Blessing of Brimstone: You take half damage from fire (and nothing if you succeed in a save that would normally reduce the damage to half). You are also immune to mundane hot weather, up to blistering desert temperatures.

12) Ninth Circle: You take half damage from cold (and nothing if you succeed in a save that would normally reduce the damage to half). You are also immune to mundane cold weather, up to subarctic temperatures.

13) Eat Your Heart Out*: Once per day, you may eat the still-warm, raw heart of a human and heal 1d6hp, plus 1 extra hit point per Hit Die or level (0-level characters count a 1). You can double this amount if the heart donor is a virgin. Eating a heart takes 1 turn. Additional instances of this gift increase the number of times per day you can eat a heart, but doesn’t increase the damage healed per meal.

14) Parselmouth*: You can speak to snakes and have a +1 reaction bonus with them.

15) Black Phillip: Once per night, you can polymorph into a large, black goat. This transformation takes 1 turn, during which time you are considered stunned and helpless. As a goat, you can speak is a sultry whisper but cannot cast spells. You instantly revert back to normal at dawn or if you are brought to 0hp or less. You cannot end the transformation early.

16) Child of Darkness*: Gain 2 dots in the Stealth skill. Additional instances of this gift increase Stealth by 1, to a maximum of 6 dots.

17) Red Right Hand*: Your base attack bonus increases by 1.

19) Red Nails: Once per night you may sprout wicked claws from your fingertips. You can make two attacks per round with these for 1d4 damage each. The claws disappear at dawn. You cannot get rid of them sooner.

20) Strike Back from the Grave: If someone kills you, you arise 1d3 rounds later as an undead creature with HD equal to your level and powers linked to your manner of death. As an evil revenant, you're an NPC now, but at least you can take some solace in revenge. (The GM should at least let you play your initital rampage.)