Abaddon and Wyrld, an overview (with image dump!) 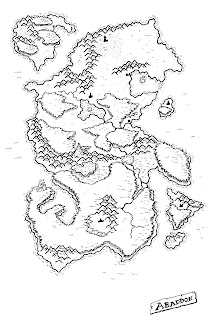 My new setting for my upcoming campaign (ostensibly FLAILNSAILS compliant), is coming along nicely.The Map of Abaddon is done, except for grid and labels. I've got the basic history of Wyrld (the game world) and Abaddon (the island setting) hashed out. Rather than assault people with my tortured prose, I'll just present it as bullet-points.

Broad History of Wylrd
Eons in the past, and Wyrld has no sun and two moons.

The Annunaki come down from the stars, bring with them their Dead Gods and the Elves.

Elves are slaves of the Annunaki, used for entertainment and the magical properties of their blood.

The Annunaki create Dwarves for labor and Men for food.

The Annunaki craft the world under the perpetual twilight of two moons.

One of the moons falls from the sky, crashing into Wyrld. The planet burns for 1000 years.

Wicked days of fire and darkness, dragons and trolls.

The Witchlords of Ur rise to power, using poorly-understood secrets of Annunaki magical science.

Wyrld is dark and sunless. The Witchlords constantly war between each other and breed all manner of beast, monster, and undead abomination.

Two smiths Bramah and Santanis, human slaves of the Witchlord Mag-Xyloth, rise up forge a rebellion. Their army of Men, Elves, and Dwarves, strike against the Witchlords.

The demoness Unastre falls in love with Bramah, and is redeemed by him. Unastre renounces her demonic heritage. The two marry and become battle-mates.

The Witchlords, in a final gambit, unleash Ahrizoth, the most powerful of the Annunaki's Dead Gods.

Unastre uses her great magic to bring Bramah back to life, making him immortal.

Bramah forges the sun and casts it into he sky, bringing light to the world and defeat to the Witchlords and Santanis.

Bramah founds the Brazen Empire, and the Dominion of Man begins. Bramah and Unastre reign for 200 years before ascending to the divine.

And so...
The Brazen Empire was founded 2000 years ago. It has been in steady decline for 500 years.

It is currently Imperial Year 2176.

The current Emperor is Vandranis Ro, a sick and ineffectual man bullied by the senate.

Affairs of the Empire will likely never influence this campaign, but it's good to know the basics.

The Island of Abaddon
A large island, far on the western edge of the Empire, mostly outside of its influence.

Inhabited by many wizards, seeking to peruse their own sorcerous projects without imperial interference. (The wizards went Galt!)

The greatest of Abaddon's sorcerers was Mandraxis the Magician. His manse still remains in the Fleshlands.

300 years ago, Abaddon disappeared. No cataclysm or apocalyptic explosions. One day it just disappeared.

Three years ago, it suddenly returned.

Spending three centuries “someplace else” has changed the islands and its inhabitants.

Adventurers and explorers from across the empire have come to Abaddon in search of mystery and fortune.

Rook's Landing serves as a starting point for many adventurers.

Jungles and swamps in the south. Badlands to the north. A band of fairly temperate forests and grasslands in the middle. Reavers Island is cooler.

Dinosaurs!
Aesthetic and Feel of the Abaddon Campaign
I'm going for a “weird pulp adventure” sort of feel. Not really “dark” but weird and fantastical. Clark Ashton Smith, Fritz Leiber, and Jack Vance are the heaviest influences. If I'm being honest, there's a bit of “Adventure Time” tossed in there too. Abaddon is a crazy, strange, and wicked land, but the brave and bold will succeed.

The Brazen Empire has a distinct Roman feel, with some heavy Mesopotamian influences.

Visually, I'm trying to lean away from the modern “dungeon-punk” aesthetic and recapture the “old-school” Erol Otus/Bill Willingham feel. So, massive shoulder pads and tons of belts are out. Helmets with horns (or wings!) and cuffed boots are in.

Inspirational Abaddon Image Dump
These images came from all over the Internet and found their way onto my hard drive.I don't know most of their sources. My apologies. 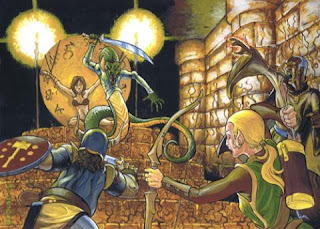 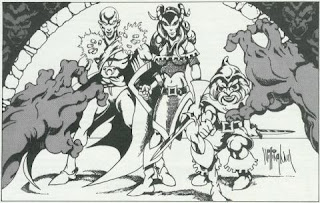 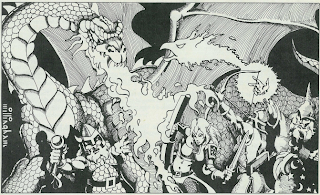 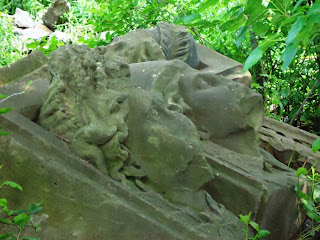 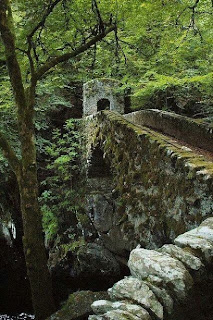 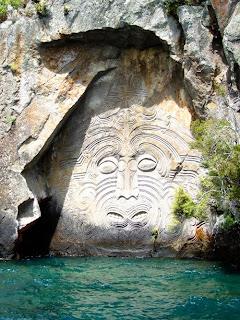 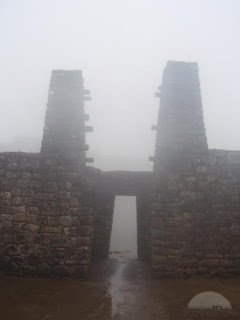 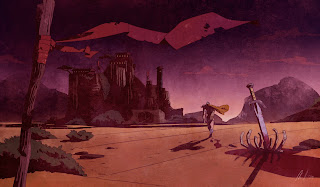 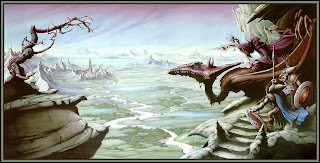 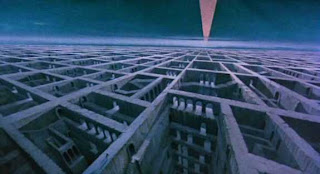 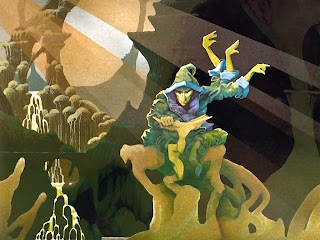 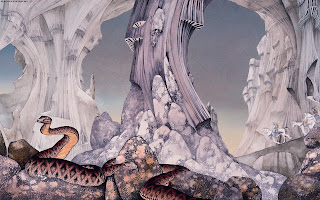 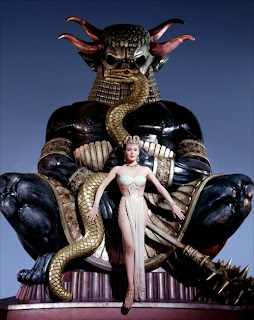 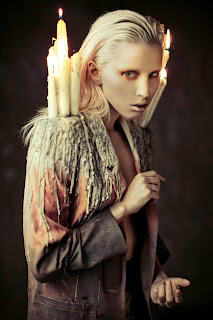 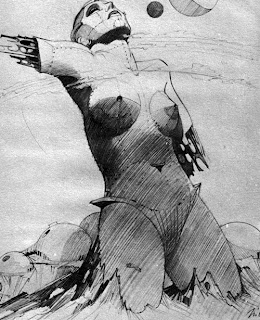 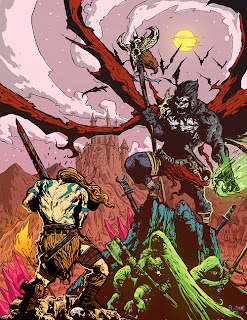