The Lands of Pangloss [Part Three]

This is third and final part of my Pangloss travelogue, listing the highlights of the lands and major cities of the realm.
Part One is HERE.
Part Two is HERE. 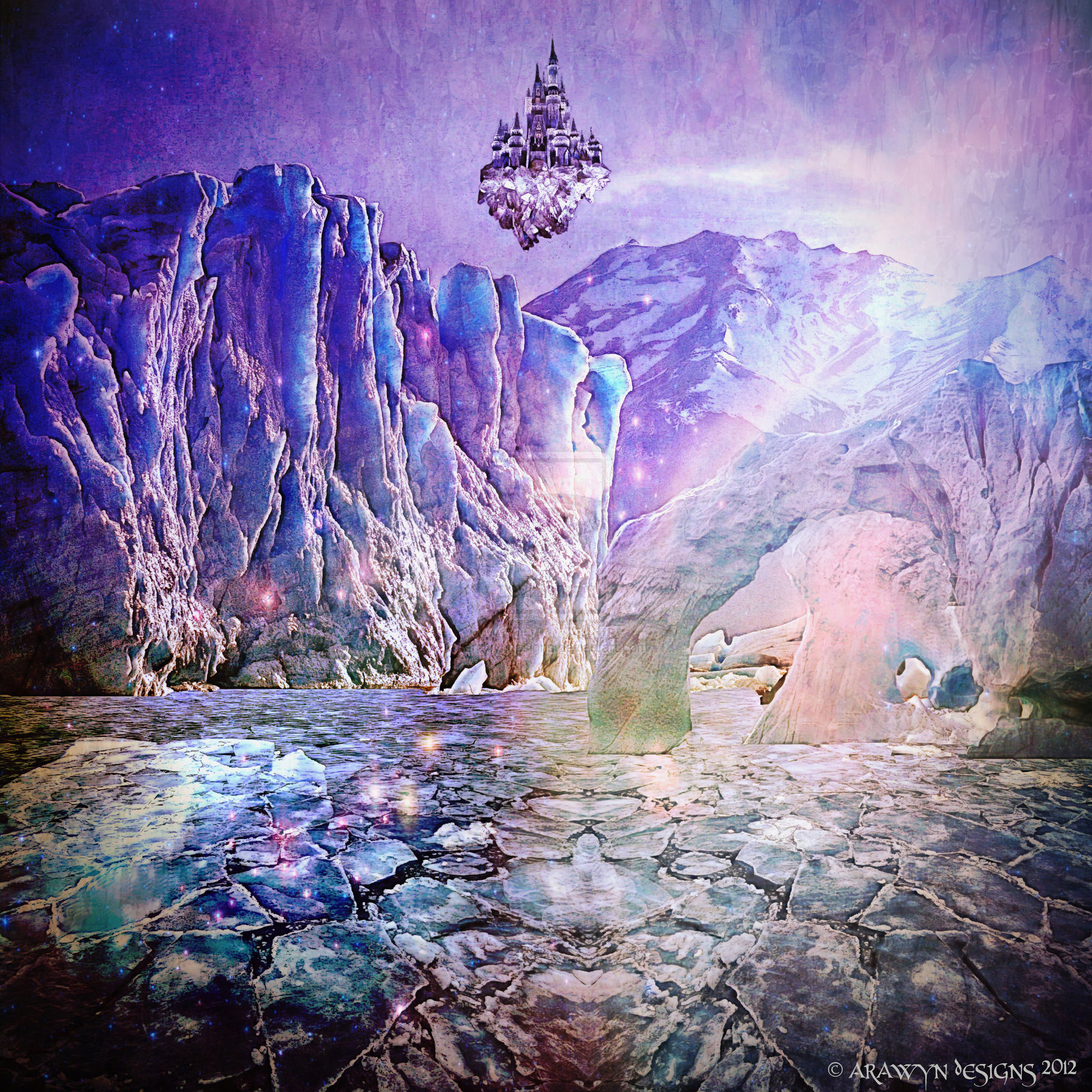 Oneiroi is an island nation floating over the Sea of Shadows. It is the last remnant of the great Elvish Empire (Deyrnas Du Tuatha, or just the Deyrnas)

Oneiroi is a minor chunk of the Feywild in Pangloss. It is the ancestral home of Pangloss's Wryd Elves (High Elves).

Once known as Arkavoi, most people now refer to it simply as the Realm of the Ashen Queen.

Salandra was a human queen with great magical talent and martial prowess. Rumored to have the blood of both elves and dragons in her lineage. United the lands of Pangloss and pulled them out of the centuries-long dark ages that followed the fall of the Deyrnas Du Tuatha. Built magical gates (“Devil Doors”) that connected the distant lands. Bred the Orcbrood as soldiers. She ruled as empress for 400 years.

The Night of Fire came 100 years ago when Salandra did something magical that mortals are not meant to do. Arkavoi was scorched by black fire. Reality rippled across Pangloss. Demons, undead, and other things poured forth from the Devil Doors into the heats of civilization. The worldwide network of heroes, The House of Hrothgar, fought and defeated the monster hordes and shattered the Devil Doors. The House of Hrothgar was all but destroyed.

Salandra is now called the Ashen Queen. She bathes in the cremated remains of sacrificed young people to retain her beauty, youth, and magical power.

Arkavoi is a shattered nation fallen into chaos. Much of the realm is scorched badlands and ashy desert. Reality is “broken” in some places.

Fertile lands remain along the coast of the Sea of Secrets.

The Bortherhood of Cinders is a militant cult dedicated to restoring Salandra's empire and restoring the Ashen Queen's dominion over Pangloss.

The Ashen Queen resides in The Burning Manse in the volcanic wastes east of Skarn.

Currently losing a war with Skarn. Many residents have fled south to Madyan.

Gnomeria is one giant factory of clockwork machinery and alchemical refineries of Seussian proportions. Once surrounded by balmy vineyards and farmlands, now blasted by war.

The king remains comatose and in a state of near-undeath due to a powerful curse. His life is sustained only by sophisticated alcemical machines.

The Walking Archive, a mechanical library of ancient gnomish lore, was secreted out of Gnomeria three years ago. Its current whereabouts remain unknown.

Ruled by the Yellow Warlocks of K'Narth (who are mostly wizards but also include some sorcerers and actual warlocks). So named for their baroque yellow and black robes.

Council of Thirteen rules the island, guided by the Magna Magus, also known as the Serpent's Head. Much bickering and infighting.

Council of Thirteen meets in the Twisted Spire, a non-euclidean tower grown from the bones of Quo K'Narth.

Strict social caste system. Yellow Warlocks on top, lesser magic users below them, then clerics and military, then everyone else. More magical power equals more social and political standing. Only way to leave your birth caste is to show some talent for wizardry.

Yellow Warlock agents travel across Pangloss to bring magical secrets and treasure back to their masters. 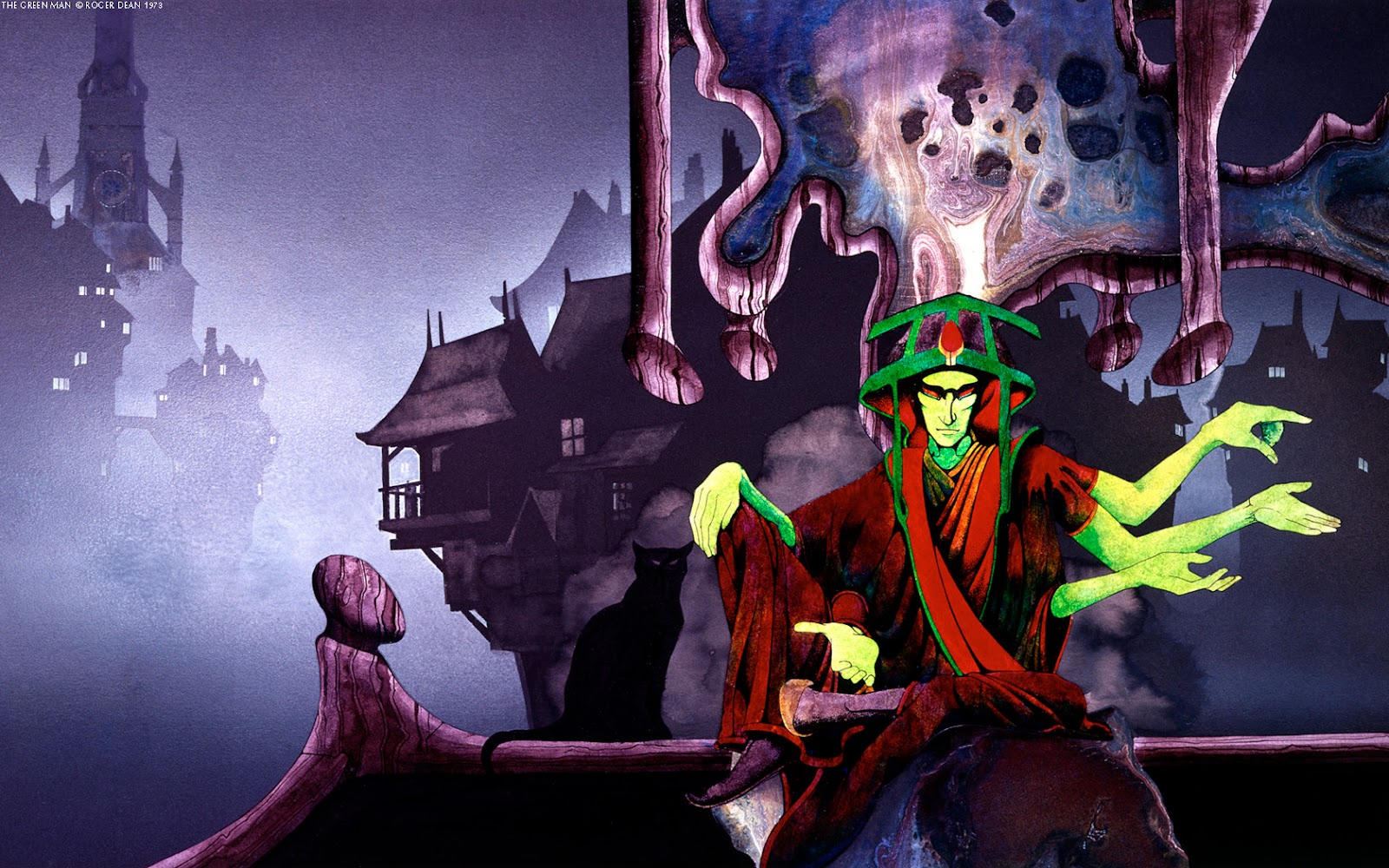 Xian-Zhu
Meta: A place for monks to come from. Based on my love of Wuxia films mixed with my limited knowledge of ancient India.

Subtropical land north of the Sleeping Jungle. High rolling hills with many rivers.

Shattered remains of ancient temples and statues oh humans with an alien mien known as “The Old Men.”