The Lands of Pangloss [Part Two]

More bullet-points about the lands of Pangloss. Part one is HERE.

Once a great metropolis, now mostly crumbled ruins. Only a collection of towers remain, high in the mountains and surrounded by walls of raw stone.

Each tower occupied by a single clan.

Towers built of granite and dragonsteel.

Dragonsteel was forged with dragon-fire, quenched in dragon-ice, and galvanized with dragon-lightning. Its exact manufacture has been lost for millennia.

A huge, open-air shrine to Bahamut and Tiamat rests at the top of the highest peak.

Drakeskeep ruled by a council comprised of elders from each clan, headed by Council Throne. Council Throne rotates between each clan on 100 year cycles.

Udanna and her clan are scheduled to hand over power in a year.

Great vaults beneath Drakeskeep were magically sealed countless centuries ago. No one knows what treasures and lore they hold.

Drakeskeep possesses a fleet of airships.

Communities of enthralled kobolds gathered around the hills below Drakeskeep.

Kobolds at war with Gnoll tribes in nearby forest.


Ul-Valal
Mighty tree city of the Wood Elves. Reaches thousands of feet into the air.

According to legend, when the Wood Elves came to the Earthrealm, they brought a cutting of their god Yggdrysl (The Tree Whose Fruit is the Universe) with them. That cutting grew into Ul-Valal.

Ruled by hereditary monarch, but the chaotic nature of the wood elves means the family in charge is often removed and replaced.

Currently ruled by King Casterlary Greyfate, “The Omni-Puissant Falcon of Valor,” who in his younger days of adventure stole full set of great black wings from the Demon Queen of Raptors.

Greater Gnomington, a large Green Gnome community is nestled around the base of Ul-Valal, Ruled by Lady Redbuttons.


Grendil
Meta: Unsettled ancient Germany/Finland/Wales with some of the nicer parts of Skyrim and Northrend.

Many barbarian tribes in the taiga and forests.

Atavistic dragonborn clans near the Runeguard Mountains often clash with dwarves over territory.

Gnoll War-Shaman Keeyark the Iron Jawed gathering many tribes under his banner.

Wraithwood haunted by undead and demon-worshiping druids. Said to be the home of The Morrigon (old pagan god of suffering).

Morwyyn Peaks to the south hide many volcanic vents
.
The Skotomance, a secretive school of warlocks, is supposedly hidden in the Morwyyn Peaks. 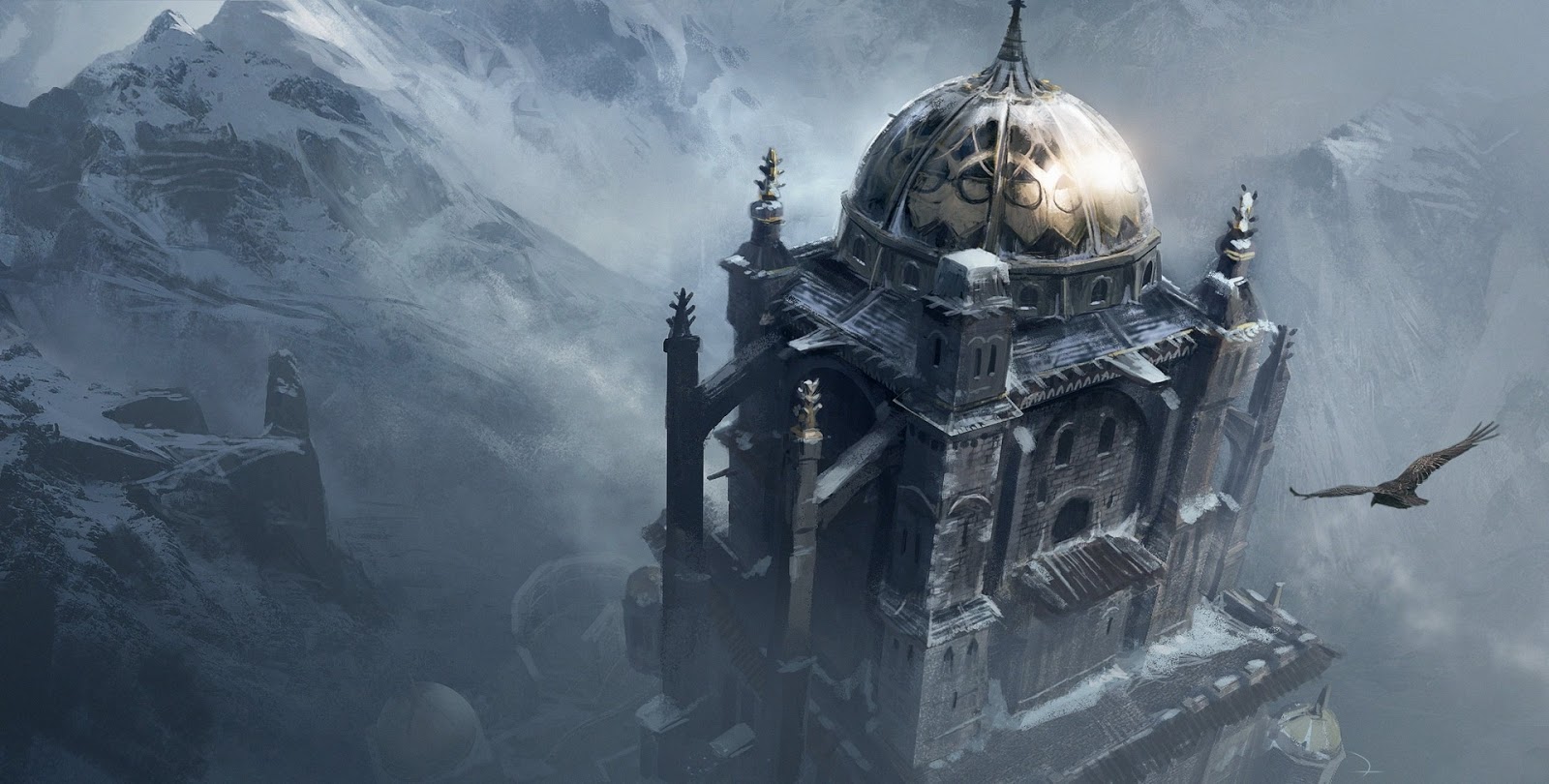 Permanence
Meta: Trying (with limited success) to not make Permanence too much like Ironforge or Moria. I decided early on to break away from tradition and make the best wizards in Pangloss Dwarves (as opposed to elves). They have a lot of bards, too.

Oldest city in the Pangloss. Cultural and spiritual center of dwarven culture.

Ruled by Queen Hildebard Ironlocks, hereditary monarch. The Ironlocks have ruled Permanence for over a thousand years. Hildebard is a paladin of Wotan.

Massive stone edifice carved into the living stone of the Runeguard Mountains. Thousands of years of constant upkeep and improvements by master dwarven smiths.

Many hill dwarf farms and villages in the surrounding hills.

Permanence has never fallen to any army.

City vaults and tunnels extend high into the mountains and deep below the earth.

Deepest vaults supposedly lead directly to the Underdark. The Bleak Threshold is under constant guard.

Great dwarven necropolis of Gol-Valhark at the center of Permanence is larger than many human cities.

Home to the Ban-Dvergaz bard school of Lore.

Kaer-Wotan is an ancient school for dwarven wizards. Headmaster Karlwyrd Crowfriend is rumored to be 500 years old.

Frostreve is the largest town in the Fimbulwinter, barely qualifying as a city.

Every spring , the Jarlsmoot convienes in Frostreve. The various tribes gather to trade, find spouses, and compete in tests of strength and skill. These activities are often the same thing. The jarls of different tribes hold council to plan or prevent wars and organize the summer raids.

Grundar Halfdwarf, high gothi of Grandfather Frost sacrifices criminals to his god in a crucible of burning ice.

Shaggyhide, a half-orc warchief, leads a warband of orc and orcbrood raiders who ride wooly mammoths. All dedicated worshipers of Demogorgon.
Posted by Josh Burnett at 10:22 PM