As happens, this past Monday only two of us were able to attend our Monday Skype game. Neither of us had any one-on-one stuff prepared, so no game happened. But next time we're going to be prepared. My friend (Al, from MTMJ and Porcelain Llama) asked what I'd be in the mood for. We're both enjoying Fate Accelerated, so that was a given. I said I've been on a Star Wars kick lately, and thus the game was decided. 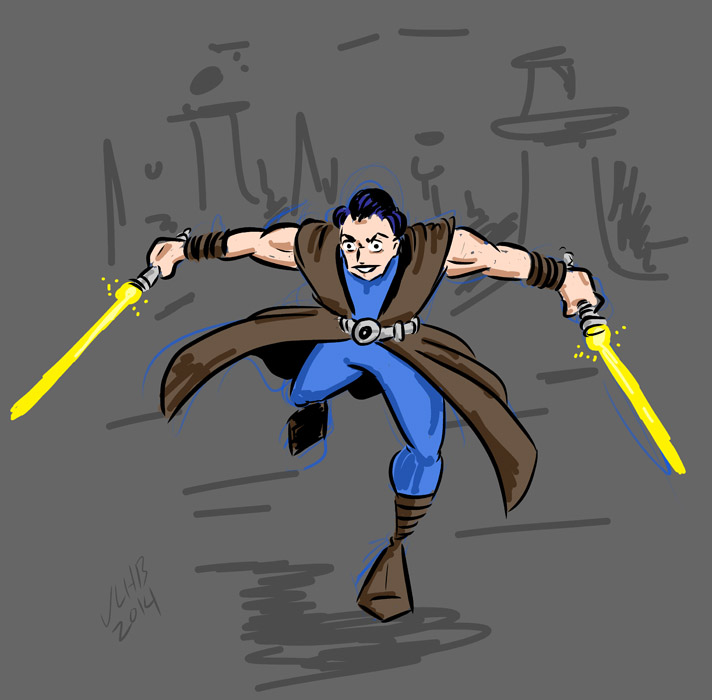 Stunts
Because I wield a lightsaber in each hand, I get a +2 when I Flashily Attack groups of nameless mooks.

Because I know Force Push, I get +2 when I Forcefully Attack at a range with telekinesis.

Because I have a shady past, I get +2 when I Cleverly Overcome Obstacles when I have to get somewhere I don’t belong.