The Isle of Abaddon (Session 4): "A Real Slugfest!"

My Isle of Abaddon campaign is moving along nicely. This session took place January 11th over Google Hangouts. 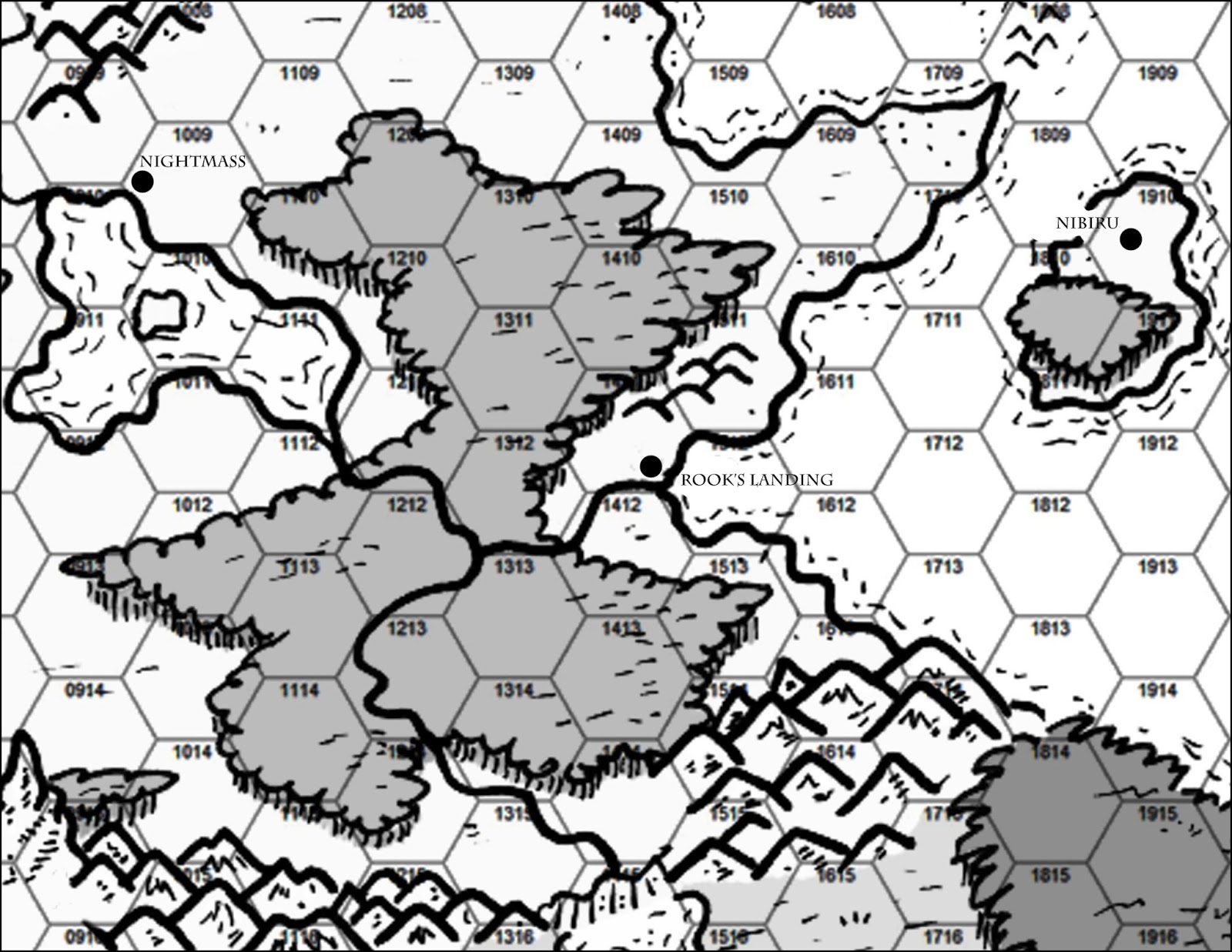 After defeating the evil in the burial mound of Gilliard Wolfclan, the party returns to Rook’s Landing to rest and recover. Our session starts with our party answering a dinner invitation from the eccentric gnome alchemist, Doctor Malachia J. Katzenjammer. Katzenjammer’s dining room furniture has been adapted to fit human sizes, but is made in such a way that it is obvious that the carpenter has never met  a human; none of the furniture fits them properly. Still, Katznejammer proves to be a gracious host. Roast giant snail with gravy, mashed turnips, and plenty of decent brandy is on the menu.

Also present at the party is a man in fancy green robes and unfortunate hair, Herbunculous Skruggs. Skruggs is a sage from the mainland, specializing in archaeology and mollusks. He has come to Abaddon to continue his studies,and is debating setting up shop in Rook’s Landing (he has an appointment with Lord Rook tomorrow).

The party takes this opportunity to ask Skruggs about the magic sword they found in Gilliard Wolfclan’s tomb. They are concerned that the bone and meteoric iron weapon might be cursed. Skruggs informs him that the sword is of the style given to the greatest warrior chiefs of the barbarian tribes in Times of Old. While the sword (along with the entire Wolfclan) likely has a poor reputation with the local tribes, it probably isn't cursed. Curatos’s Detect Evil spell declares it clean, as well.

After dinner, Katzenjammer has business proposal for the party. One of the wizards who lived on Abaddon 300 years ago was Keldon Kesterloth, an alchemist of some note. Katzenjammer and Skruggs have located what they believe is the location of the ruins of Kesterloth’s old manor house. Katzenjammer wants the party to go the the manor and retrieve Kesterloth’s magical cauldron. This artifact will allow Katnzenjammer to greatly increase his own alchemical skills. He will pay the party the sum of 500 gold crowns for the cauldron’s retrieval.

The party agrees, and after some haggling, they get Dr. Katzenjammer to foot the bill for some horses, a wagon, and some traveling supplies. The party isn't sure how “ruined” the ruins are, so they decide to get some hirelings, specifically, some laborers to do some heavy digging and a torchbearer.

After spreading some gold around, they hire two diggers--the brothers Raig and Wormore (Kickassistan’s current series of henchman articles has come in very handy.) They also convince Katzenjammer to write a letter of introduction to one of his cousins, a failing potter’s apprentice named Ribitzi Badgerfarb. Ribitzi hates potting, and the gnome is happy to join the party as a torchbearer once they buy out his apprenticeship contract.

Loaded with gear and support crew, the party finally heads out, bearing north along the coast and avoiding the hills, which they have been informed are “dangerous.” On the first day out, Mournith, acting as party scout, spots a group of small humanoids sacked out in the shadows of a copse of trees. Taking the better part of valor, the party skirts around the unknown monsters and continues on their way uninterrupted. Eventually they come upon the ruins of Kesterloth’s Manor. The once fine house has been mostly burnt to the ground. Only a few walls, a short tower, a couple of ground floor bedrooms, and the ruins of an elegant staircase remain on the surface. Mysterious gray slime covers much of the ruined tile floors, like massive snail trails.

It’s coming on dark, and the party decides to check out the ground floor before sacking out for the night. In one ruined bedroom, they discover a nest of giant rats. They wipe out the vermin, suffering a few bites. The humans worry a bit about disease, but Mooklah the Grooch is happily immune. Picking through the rats’ nest, they find not 2000 coppers, but an old silver and ruby ring, still around a human finger bone, old and well-gnawed.

Beneath the staircase they find an old door, rusted shut. After battering this down, they discover stairs leading down to the cellar. The party leaves that be for now. The second bedroom and its attached office are free of monsters. A bookshelf hold the ruins of many books about history and finance. In the false bottom of a drawer in the ruins of an old desk, Curatos and Lasoleg discover a silver dagger and an old brass key. .

Finally, they check out the “tower” where the silver-gray slime is thickest. The tower is in fact a first-floor room with the ruins of a second-floor room on top of it. Battering down the slime-stuck door, they discover that the room is thick with slime. Large clusters of yellow-green nodules, the size and shape of footballs, are stuck in the corners. Stairs lead up to the second-floor room. Lasoleg shoots some arrows into the clusters, and nothing happens. He enters the room to retrieve his arrows.

Suddenly, everyone outside is covered in sticky gray slime that sprays down upon them from somewhere above. A striped slug, about five-feet long clings to the side of the tower, spraying the PCs with slime, reducing their dexterity and movement. The killer mollusk leaps from the wall and lands on Mooklah, chomping him with its lamprey-like mouth. It’s wicked fast for a slug.

The party counterattacks. Curatos and Mooklah are disturbed to discover that the slug is immune to their blunt weapons (mace and maul, respectively). Lasoleg’s arrows pepper the creature, and Mournith cleaves into it with the Wolfclan sword. After a few rounds, the slug lies dead and in pieces.

Satisfied that the ground floor is now relatively safe, the party camps out for the night.
Posted by Josh Burnett at 1:35 PM