When I was brainstorming games to pitch for my home group, I kept looking at various Fate Core hacks for Star Wars. Many were good, but none of them quite did what I, personally, wanted them to do. More recently I've been taking a second look at Fate Accelerated Edition (FAE), and I think it might have my answers.

I've actually been playing FAE for several months in the "Machines of Loving Grace" campaign on the Porcelain Llama Theater Podcast. That game involves a lot of "walking and talking" though, and actual dice rolls and game mechanics and stuff rarely comes up. I never really got a full appreciation for the simple elegance of FAE.

I thought FAE was simply a rules-light "junior" version of Fate Core--something you use for one-shots and pick-up games where you don't want to think about stuff too much. It wasn't for "serious" games (Machines of Love and Grace notwithstanding, apparently). It wasn't until recently, when I was poking around game blogs looking for Fate stuff that I discovered elegant write-ups for Warhammer 40K, Conan, etc., that I realized how versitile and robust FAE can actually be. There's a lot you can do with it that I didn't realize. It all comes down to the group all knowing and agreeing on "this is what a space marine can do," and "this is what Hyborea is like," or "this is what a Jedi can do."

So yeah, to make a long story short, if I ever get the chance to run Star Wars, I think Fate Accelerated is going to work best for the kind of space-ninja pulp adventures that I want. No need to worry about stating out the Force as an Extra.You want to knock over a bunch of war droid with Force Push? Roll Forceful. Bam! Wanna deflect a blaster bolt with your lightsaber? Roll Quick or Flashy. Pow!

As an experiment, I wrote up some famous Star Wars characters with FAE. Everyone always writes up Han Solo and R2-D2 for this sort of thing, so I did C-3PO, Jango Fett, and Lando Calrissian instead. Also Obi-Wan Kenobi, because if the prequels reminded me of one thing, its's that Obi-Wan is and always was my favorite character.

Because I know the Jedi Mind Trick, I get a +2 when I Sneakily create an advantage when I am in a conversation with someone.

Because I wield a lightsaber, I get a +2 when I Quickly defend against ranged attacks. 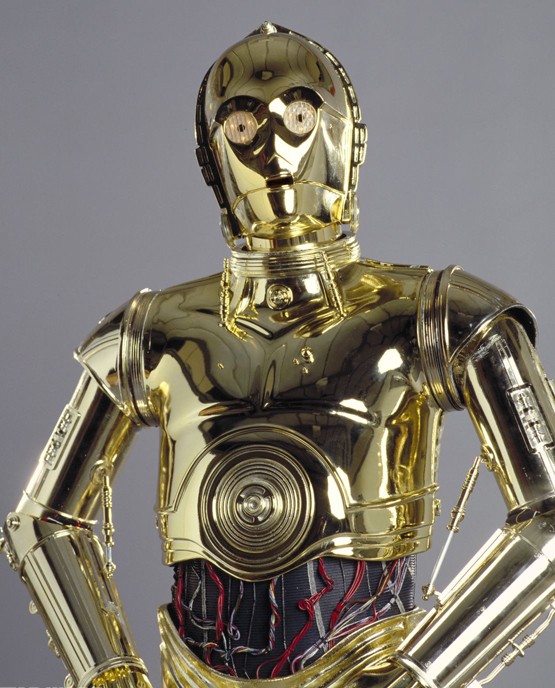 High Concept: Golden Protocol Droid
Trouble: Fussy and excitable and nobody really likes me
Other Aspects: I am fluent in over eight-million forms of communication, This is my counterpart R2-D2, Loyal to a fault

Because no one pays attention to a droid, I get +2 when I Sneakily Defend when I am trying to say out of combat.

Because for some reason people believe me, I get a +2 when I Cleverly Create an Advantage when I make a bold-faced lie.

Because I don’t know how I got into this mess, once per session I can show up wherever I happen to be needed, no matter how improbable, as long as I can (theoretically) provide a long and complicated explanation. 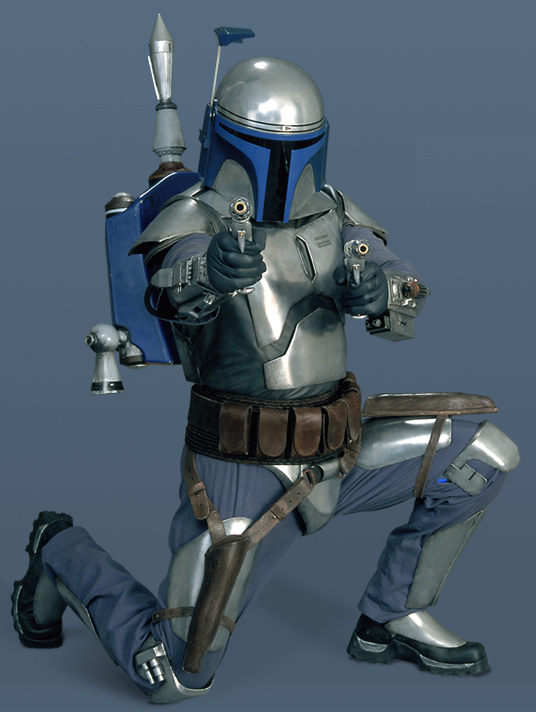 High Concept: Mandalorian Bounty Hunter
Trouble: Loyal only to the highest bidder
Other Aspects: Dripping with weapons,  "I'm just a simple man trying to make my way in the universe,” A clone of my own

Because I carry a blaster in each hand, I get +2 when I Quickly Attack at range.

Because my backpack has jets, once per session, as my action on my turn, I can leave a scene, even in the middle of a conflict, without making a concession, provided I could fly my way out of there.

Because I wear Mandalorian Battle Armor, once per session, I can ignore damage from any source. 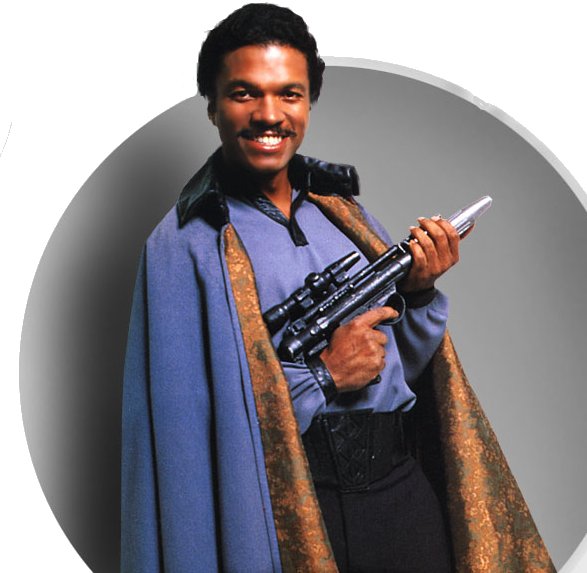 High Concept: Gambler made good
Trouble: “This deal is getting worse all the time.”
Other Aspects: Administrator of Cloud City, Ace in the hole, Smooth operator

Because I can turn on the charm like nobody’s business I get +2 when I Flashily Create an Advantage when I make a first impression.

Because I always have more than one plan going at a time, once per session I can create or remove a scene aspect thanks to some contingency plan I had running in the background all along.

Because I am a liar and scoundrel, I get a +2 when I Sneakily Defend against someone trying to see through my deception.